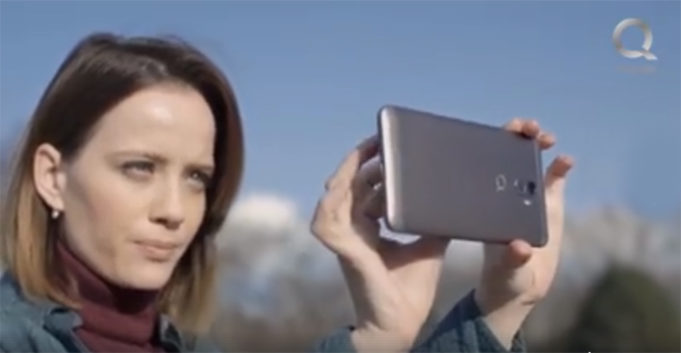 A few days ago QMobile announced its two new high-end smartphones QMobile A1 and QMobile A1 Lite. 5.5-inches QMobile A1 comes with 2.0 GHz Octa-Core processor and bears 4GB of RAM and 64GB of internal storage option. QMobile A1 is available on official QMobile store for Rs. 27,900. While QMobile A1 Lite features 5.5-inches display and powered by 1.3 GHz Octa-Core processor. Here you will get 3GB of RAM and 32GB of ROM. Both smartphones sport fingerprint sensor and come with stunning cameras, Super Selfie, and powerful battery capacity. Display of both new handsets comes with 2.5D with Gorilla Glass 3. QMobile A1 Lite is not yet available but it is coming soon with the price tag of Rs. 22,999. Both come with two color option of GOLD and Black.

Last day QMobile introduced a new TVC for these new smartphone QMobile A1 & A1 Lite. New QMobile ad for A1 and A1 Lite is quite attractive with its motivational lyrics. Before that QMobile was showing another TVC of Alia Bhatt for these smartphones. But seemingly, it was borrowed from Gionee India. Because that was the same add which was on air in India for Gionee A1. Anyhow, now QMobile revealed another TV ad for its latest mobile phones. QMobile’s new TVC for advertisement in Pakistan seems recorded abroad with some English models. First, have a look at the enthusiasm lines of the new QMobile ad.

To choose one or two aspect which is the same for all the collection. It is a chance for me to explore something new. I do that for fun. I observe all the detailed in my life. Time to explore. Art directed life. Define freedom. Taste the moment. In the end, you will listen QMobile A1 with 16 Mega Pixel Moonlight selfie camera and A1 Lite with 20 Mega Pixel Moonlight selfie camera.

The ad is full with disco type music and delivers a clear message to its viewers. Here watch it by yourself and let us know about your views in the comments below.