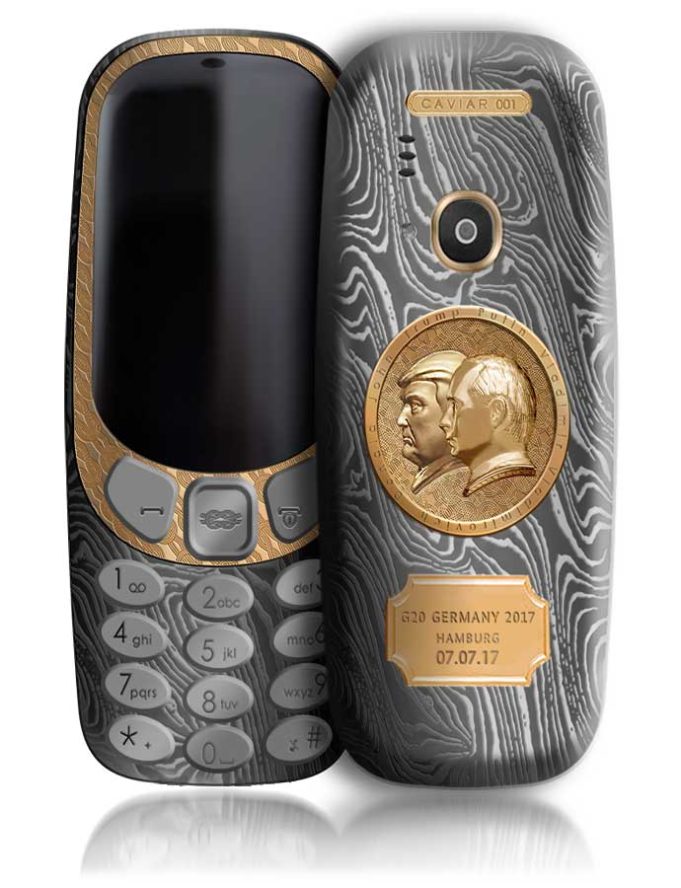 Coming to the point, On G20 Summit 2017 Russian company Caviar has launched the new version of Nokia 3310 (2017) with the portrait of Russian President Vladimir Putin and American President Donal Trump. Nokia 3310 Putin Trump edition comes with the price tag of worth $2,500 which is much higher than its original price. You will find hardened titanium body and a Gold color portrait of presidents and a G20 Germany Summit stamp on the back. Look at the portrait, the faces of both presidents are in the same direction which shows the same future goals in the future.

Talking about this edition Caviar said:

“The fact that they’re looking in one direction undoubtedly expresses everyone’s desire of a progress in Russian-American relations”. 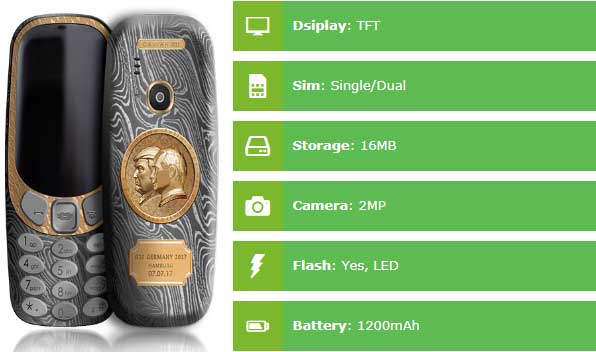 Nokia 3310 Putin Trump edition features the same specifications as the original Nokia 3310 (2017). Only one difference is body construction and the Gold-Platinum color. This new Nokia 3310 is already available in many of countries including Pakistan. Frankly speaking, It is not valuable or worth using for the non-residents of America and Germany. Nokia 3310 Putin-Trump edition price in Pakistan will be around Rs. 27,000.