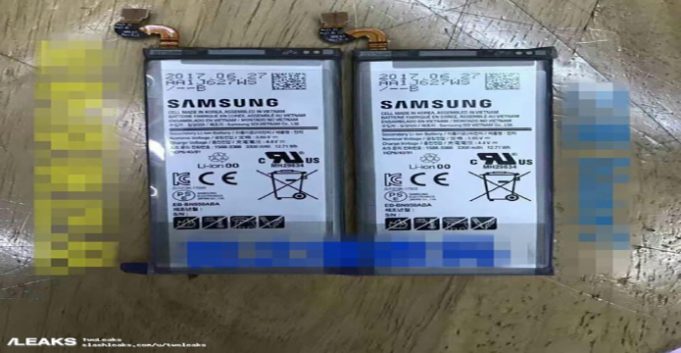 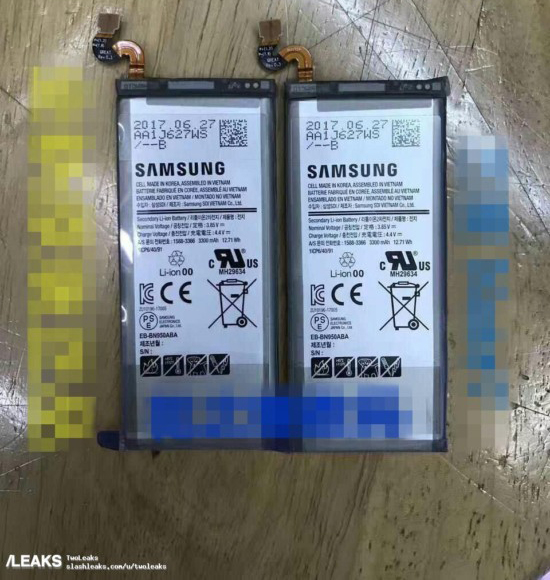 Here you can see the leaked image of Note 8 Batteries by /Leaks. It is little difficult to read the battery capacity on that image. That’s why we are giving a closer look below with the red circle on battery capacity.

A few days ago, Evan Blass shared full and detailed Specifications of the Galaxy Note 8. We can trust on this above image because it is the same battery capacity of 3300mAh, which was mentioned on the specs-sheet shared by Evan Blass. As for other specifications concern, Note 8 will be going to pack a SuperAMOLED 6.3-inches display. It will come with the Snapdragon 835 processor (US) and Exynos 8895 (Global). There will be 6GB of RAM and 64GB of internal storage onboard along with microSD card support. There will be USB Type-C and wireless charging support. On the rear, Galaxy Note 8 will feature dual cameras with each sensor of 12MP. While on the front side, Note 8 boasts an 8MP camera with an aperture of f/1.7.

Especially relevant, Flagship will go on sale from mid-September 2017 with a price tag of more than $1000. It means Galaxy Note 8 price in Pakistan and India will be around 1 Lac rupees.