Samsung Galaxy S8 and S8 Plus

Finally, Last night giant everyday successful company Samsung Revealed new Flagships Samsung Galaxy S8 and S8 Plus along with Gear 360 a new Gear VR in the superior event, took place in New York City. In the launch event Company unveiled the detailed features and specification of its new smartphones. From the past few weeks, many of exciting rumors about Samsung Galaxy S8 and S8 Plus were on the fire all across the internet. No doubt, many of rumors proved true regarding the specifications and images of these new giant smartphones.

According to the Samsung’s official video, South Korean Company Samsung has said:

Samsung Galaxy S8 has the new infinity display keeps you full an incredible experience, fit comfortability in your hands. We created it by reorganizing the phone’s interior, making components smaller without sacrificing performance, and embedding the Home Button under the screen. We recreated the beautifully curved edged Display and give you more space for things that matter. Even Games and Movies are completely different with infinity Display cinematic full-screen experience. Samsung Galaxy S8 presents a home new way interact your phone by Bixby. We constantly push ourselves to give you the technology that makes your life easier.

Here now we have both official flagships on the fictional table and we will try our best to review them flawlessly.

For the Phones display, the both new S series smartphones come with bigger than ever display sizes. There is all end to end screen in the new flagships.

Samsung Galaxy S8 packs a big 5.8’’ inches display while Galaxy S8 Plus features a bigger 6.2’’ inches display and both deliver the resolution of 1440×2960 pixels. The stunning Samsung Galaxy S8 is bigger than company’s previous S series model Galaxy S7 and Apple’s iPhone 7. Screen covering almost all the area till curved edges. The screen has 18.5.9 aspect ratio, which would be helpful and ideal for stretching 21:9 content like Games and Movies. It would be helpful for multitasking as well.

Samsung working really hard on the software. Samsung Galaxy S8 runs Android 7.0v (Nougat). The Game launcher, Secure Folder, Samsung Knox, and Samsung Pay are already installed on the device. Besides that, there are many other features same like on previous devices (Galaxy S7, Note 7) like direct replies, customizable settings, and Android-wielding pals. There is on-screen navigation bar as well in the new Galaxy smartphones. We do not finish yet, as now we are going to discuss the most focus splendid and striking software feature called Bixby.

As we see, Samsung is continuously struggling hard to making their own software applications instead of using other company’s software. This time Samsung introduced a new foremost virtual assistance software in Samsung Galaxy S8 and S8 Plus entitled Bixby. Probably you have seen or used already Siri software in Apple’s iPhone and Google’s Assistant. You can say Bixby is another updated form of Siri and Google’s Assistant but it can work totally in a different way and deliver more results than Siri and Google’s Assistant. We can imagine the importance of this new software by seeing, Samsung gave an extra button for this stunning new application in its new flagships.

Coming to the internal features of Bixby, we can say it is digital assistance software. We can get a lot of things done in Galaxy S8 just with our voice beside touch with this feature.

Bixby also includes in Camera application where it offers some new features. This new software will follow the user, how he use his smartphone and after that, it will automatically adjust that way. Alongside, Bixby will cover the many of applications installed on your smartphone.

Samsung Galaxy S8 and S8 plus will have first ever 10nm Processor, offering two variants Qualcomm Snapdragon 835 or Exynos Series 8895 processor. It will come according to the regions. We did not have our hands on this new flagship yet but they seem much much faster than the previous flagships by Samsung regarding the performance. 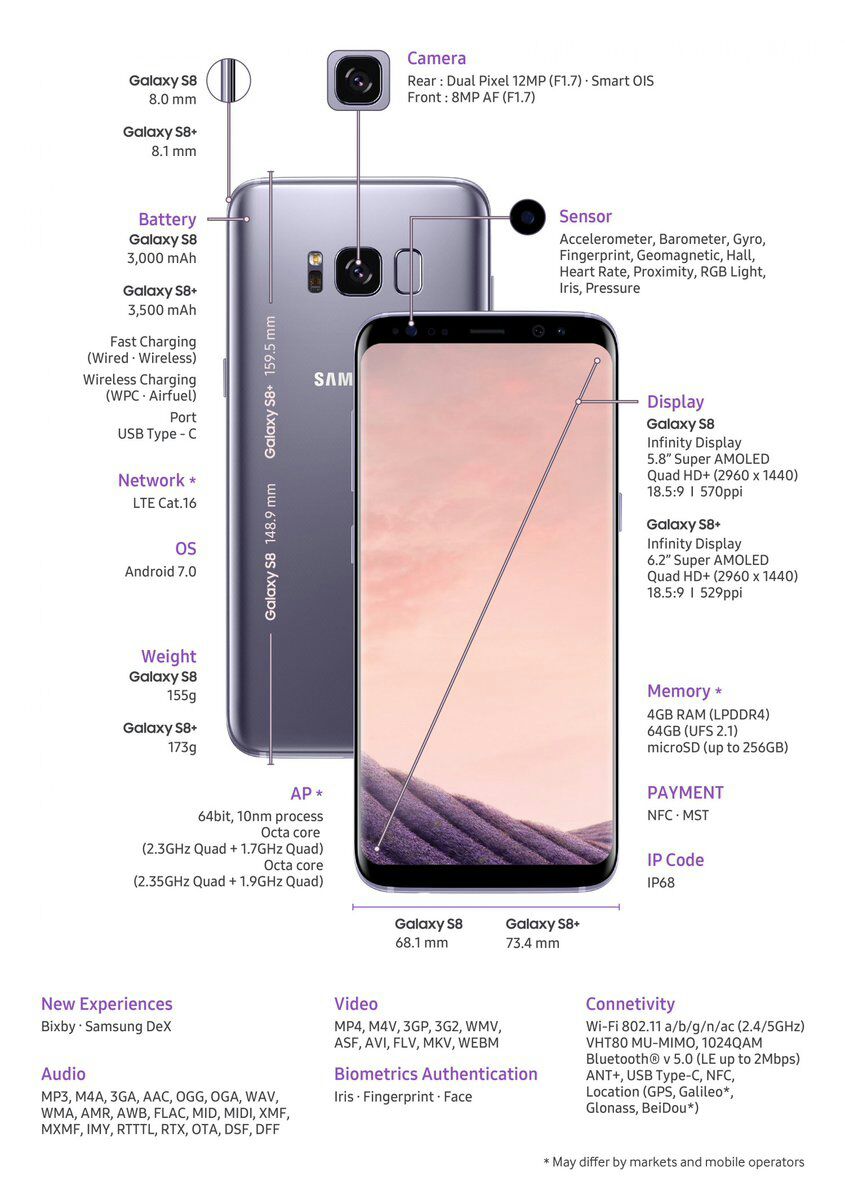 Coming to the Camera, Samsung did not improve much in rear-facing camera as there is nothing much to describe in detail. The camera specifications seem very similar to Camera of previous Galaxy S7 and Galaxy S7 edge expects minor change. Here are 12-megapixel rear-facing cameras along with F1.7 aperture, Dual Pixel phase-detection autofocus, and OIS, you will get in Samsung Galaxy S8 and Galaxy S8 Plus.

Both latest flagships carrying 8-megapixel (F1.7) front-facing cameras with first ever smart autofocus feature by the company. There is HDR in both Primary and secondary cameras which can be used anytime according to the conditions. Front camera doesn’t have OIS but still, selfies are going to be more stunning and sharp than the previous S7. There is new feature named enhanced image processing for low light. As we said we did not review the new smartphones yet physically, but there are some other filters and effects.

Samsung moved fingerprint scanner to the backside of the smartphones right near to the back camera. At first, it is going to be little confused for the Samsung user who has already used previous flagships. 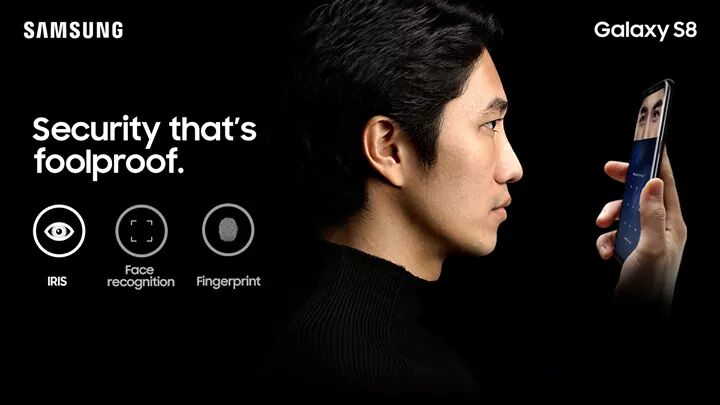 There is an improvement regarding the Bluetooth technology by Samsung. Samsung Galaxy S8 and S8+ are the first ever smartphones which are using Bluetooth 5.0.

Samsung introduces Type-C charging port. It is first ever in any smartphone by Samsung. Along with all old connectivity features, now new smartphones support Cat.16 LTE and 1024-QAM as well which will be helpful for fast downloading and much fast network speed. Alongside, reports show Galaxy S8 is going to be the first smartphone which will deliver gigabit LTE speeds.

Samsung Galaxy S8 and S8+ packs the same battery power as the batteries of the previous Galaxy S7 and S7 edge. The company did not increase the capacity of batteries according to the screen sizes of the latest flagships. But according to the Samsung, they have increased battery efficiency by proximately 15 to 20%. Galaxy S8 feature 3000mAh battery while Galaxy S8 Plus is loaded with 3500mAh battery supports fast and wireless charging as well.

We tried our best to tell you each and everything about the new flagships by Samsung. But there is the possibility we have missed something as in the end we are humans. Feel free to tell anything in the comments below.