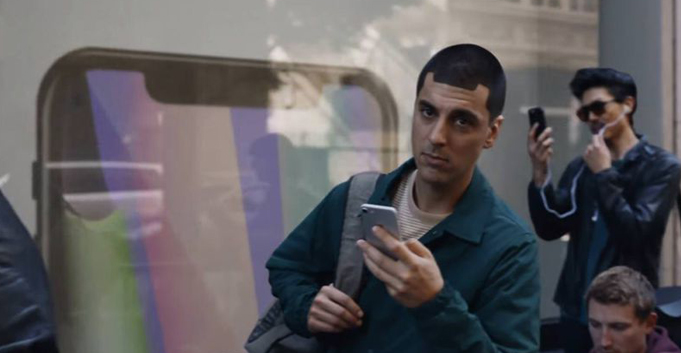 Listen, You All iPhone Lovers! The Korean Giant, Samsung is on a roll here. Well, the company is making some fun of Apple products. A lot of mobile manufacturers are there in the world but the chemistry between Samsung and iPhone is very heart touching. Apple and Samsung are the biggest ever competitors of all the time in the Mobile industry.

Recently, the latest commercial by Samsung is circulating on the web which urges Apple’s iPhone users to Grow Up. All screen iPhone X is making its paths to the hearts of people but Samsung has its own style to say something. First of all, have a look on the below latest and all new commercial by Samsung:

This latest commercial by Samsung is all about trolling iPhone and its lovers. The ad title says it all, “Samsung Galaxy: Growing Up.” This Samsung Galaxy ad shows a man which suffers Apple’s negative facts and at last, he goes for a Samsung Galaxy Note 8. These negative facts include low storage space, no water resistance, a 4.7 inches display till iPhone 5, no mighty headphone jack in iPhone 7 and at the end no wireless charging. However, these all facts are now not an issue but Apple took its time to reach to these wonders.

The common theme of this advertisement is that Samsung is always a step ahead of iPhone. If we see some common Samsung Galaxy features then we will know that Samsung has added water resistance, wireless charging and bezel-less display features before Apple.

At last, this drama will never come to an end as both companies are going with fast-paced progress. A lot of updating and new features has been already added in both. But who knows what these tech giants are going to reveal next! A very early bunch of good hopes for Samsung Galaxy S9 and iPhone 11.