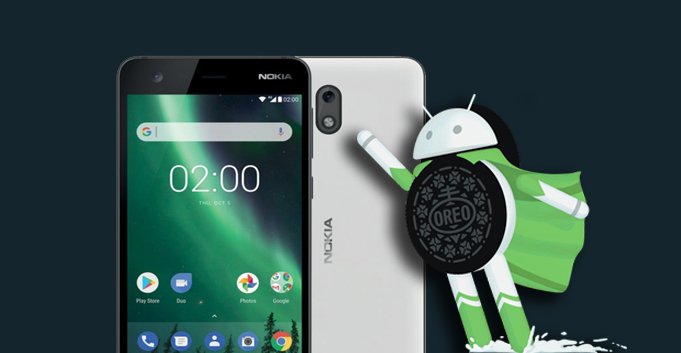 Nokia 2 is fantastic when it comes to performance along with a low price. This budget smartphone only costs $99 in the US and its price in Pakistan is Rs. 11,430. The smartphone supports 1GB RAM along with 8GB of internal storage. This is a power Packed smartphone because it has a big battery of 4,100mAh capacity. Initially, it is running Android Nougat 7.1.1. But now, HMD Global, the new manufacturer of Nokia Smartphones has recently announced that Nokia 2 will be getting an update and will go directly to Android 8.1.
The smartphone revealed in October 2017, and now waiting to get approval for a new and upgraded Android version.

Nokia 2 will be the cheapest smartphone to get an update to Android Oreo.

There were rumors that the smartphone will get a version update but the real confirmation came after the tweet of Chief Product Officer of HMD Global ” Juho Sarvikas”.

Hi! It will receive Android Oreo. 1GB RAM devices will be supported on 8.1 release where many of the Android Go memory management improvements will be integrated. Nokia 2 performance will only get better over time!

Well, all things are clear now after this tweet but there is no information about any timeline that when we will get Nokia 2 Android Oreo update. Juho Sarvikas also stated that Nokia 2 Android Oreo Update will integrate Android Go memory management into this smartphone.
Don’t know about Android Go?
Android Go is the version of Android Oreo but a lighter one. This OS will take a little space and will be used efficiently with 1GB of RAM.
Nokia 2 has got all the guts of a Good smartphone. The smartphone has a big battery that lasts for 2 days and a Qualcomm 212 chipset which runs the system smoothly. Nokia 2 supports 4G LTE and a 5 inches HD display. This all comes in just PKR 11,430/-.

TECNO Grabs a Huge Portion of Smartphone Sales in Pakistan