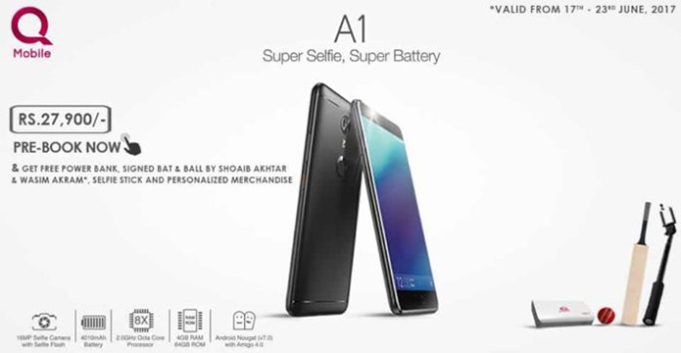 QMobile’s new flagship smartphone QMobile A1 is here and available for pre-booking. Surprisingly, it is the first ever mobile phone by QMobile which is going to pre-book before its availability in the market. Before that QMobile Noir M6 was the last flagship phone available in the market which was launched back in March 2017.

Now as for what the QMobile A1 delivers in term of design and specifications, QMobile newest flagship features 5.5-inch IPS LCD display. You will get 2.5D waterproof glass on the display. As for as design concerns, the smartphone comes with mixed metal and plastic body. 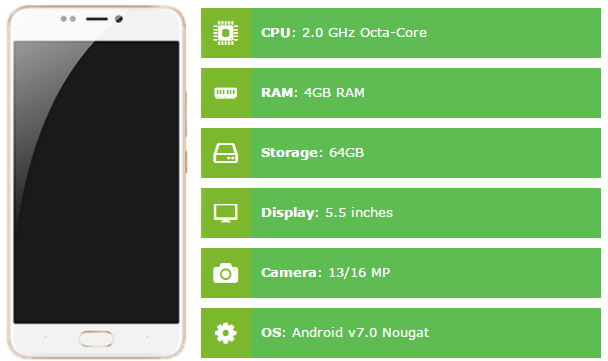 QMobile Noir A1 has uninterruptable 4GB of RAM and 64GB of internal storage. There is an extra micro SD card slot inside the phone sport up to 256GB card. It boasts powerful 2.0 GHz Octa-core processor and runs Android OS 7.0 Nougat. Camera wise, the A1 supports a 13MP sensor primary camera on the back and surprised 16-megapixel super selfie camera on the front. The new A1 boasts giant 4010mAh battery with the support of fast charging technology. Besides all that, there is a fingerprint sensor under the home button. For the connectivity, A1 sports 4G LTE, hotspot, GPS, Wi-Fi 802, and Bluetooth v4.0. The smartphone will be available in two colors of Black and Gold.

QMobile A1 price in Pakistan is Rs 27,900. It is available for pre-booking at QMobile official online store. If you pre-book the QMobile E1 then you will get free power bank, a selfie stick and a Cricket Bat & Ball signed by Rawalpindi Express Shoaib Akhtar and Swing Sultan Wasim Akram. Pre-booking will end on June 23, 2017.