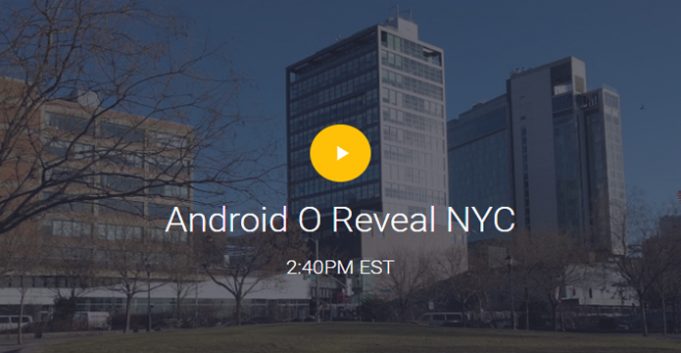 Android O or Android 8.0. Google’s new version of its Mobile OS was initially revealed on 21st of March this year. We were hoping to know the official name of this version soon enough but here we are. We have received four previews of Android O and still, the official name is not declared. Today we hope that the confusion about this name mystery will not remain a mystery. Officially, today a launch event is going to take place in New York City to release Android O.
Google has finalized 21st of August to release its final and stable version of Android 8.0. It has been a long time since we were waiting for the day.

A bird? A plane? No, it’s #AndroidO, touching down to Earth for #Eclipse2017 & bringing super (sweet) new powers: https://t.co/7nslzmxar3 pic.twitter.com/MFxHxUdiia

Today in the US, there is a Total Solar Eclipse that will start around 2:40 PM ET. So Google has planned to release its next Android version along with the Solar Eclipse. On Android’s official website, they have written:

Android O is touching down to Earth with the total solar eclipse, bringing some super (sweet) new powers!
On August 21st, a solar eclipse will sweep across the entire United States for the first time since 1918. Android is helping you experience this historic natural phenomenon so you can learn more about the eclipse and count down to the big day—when you’ll meet the next release of Android and all of its super (sweet) new powers, revealed via livestream from New York City at 2:40PM ET.

So What Android O will be called?

Thanks again to Mr. Evan Blass. This man is one of the authentic sources for many Android Leaks. On August 18, he tweeted to say Happy Eclipse and used a picture with Oreo written on it.

The above image created a hype on online media but Evan did not stop there and yesterday again tweeted about Android O.

Hence, According to Blass, Android next version name will be Android Oreo. But we have to wait a little to find out this mystery. You can watch both the live Android O reveal event and Total Solar Eclipse from the below link: